During the Roman era La Chaume was a fishing village on the island of Vertime, but over the centuries the sea that separated the island from the mainland silted up and it became a part of the mainland.

The shifting sand dunes were then stabilized with the planting of a forest of pine trees which today is the forêt d’Olonne. 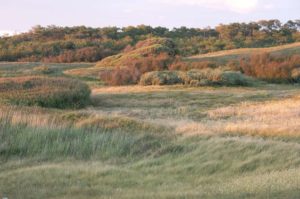 The village of la Chaume was joined to les Sable-d’Olonne in 1753 in order for the little port to avoid paying the taxes that were crippling it.

At the entrance to the ocean stands the Priory of St. Nicholas, this ceased to be a religious establishment during the XVII century  when Sorbise turned it into an arms store, and it is still occasionally referred to as Fort St. Nicholas.

Built in the 14th century by the Princes of Talmont, the Tower of Arundel is all that is left of the Chateau St. Clair, measuring 33m high, it made an ideal lighthouse.

Today there are pleasant walks around the church of St. Nicholas and along the coast to the Pointe du Grouin Cou and there are few small beaches between the rocks. 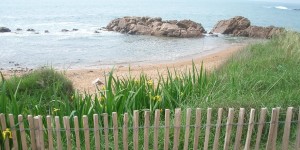 One could take in the small narrow streets of the old town or wander along the quayside to Port Olonna with its many bars and restaurants. 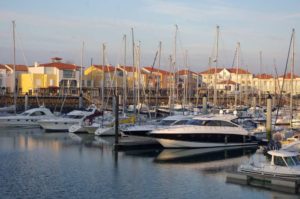 Every four years the world’s most prestigious single handed around the world sailing race, “The Vendee Globe”, leaves from the port.

You can take the ferry across the harbor to Les Sables d’Olonne which operates throughout the year.

This website uses cookies to improve your experience while you navigate through the website. Out of these, the cookies that are categorized as necessary are stored on your browser as they are essential for the working of basic functionalities of the website. We also use third-party cookies that help us analyze and understand how you use this website. These cookies will be stored in your browser only with your consent. You also have the option to opt-out of these cookies. But opting out of some of these cookies may affect your browsing experience.
SAVE & ACCEPT